The History Of Concrete Grinded Floors

While it has become trendy abroad and here in Auckland concrete grinding floors are not a new thing. Surprisingly enough, the history of polished and ground concrete in its essential structure dates back over thousands of years, with a legacy that spans across a variety of cultures and geographical locations. Today’s modern version of concrete is a great deal more durable and versatile in application, but the fact that remnants from as far back as 5600 B.C. are still intact serves as a great testament to the incredible durability and resilience that grinded concrete has always had.

A Look At Early History

Concrete is a mixture that consists of gravel, sand and cement, and these elements, when combined, form a hardy material which serves as a robust, durable solution for roads and floors. The first sign of concrete was found in remnants from Serbia, Bosnia and Croatia, where inhabitants at the time used it in combination with red lime to pave roads. It became a lot more prevalent around 2500 B.C. when the Egyptians began to utilise it in their construction work. A few centuries later, the Romans took the formula and further improved on it when they discovered a particular type of volcanic ash which works exceptionally well as a block of cement. Somewhere along the line, that formula for concrete was lost due to the fall of the Roman Empire, but in later years it was rediscovered and again took a firm place in the rise of future empires.

The Evolution Of Concrete

Between the 18th century and the 20th, various improvements were made in the formula to create the best concrete mixture. Several scientists and engineers kept experimenting with different materials to determine the best means of further strengthening concrete, to the point that it is as we know it now.

The Rise Of Decorative, Polished Concrete

Initially, in our more modern era, concrete became an affordable and safe flooring option as it was fire-resistant. But it wasn’t very aesthetically appealing, which is why concrete floors were typically covered with wood or other materials to create a better-looking finish to buildings. Concrete flooring began to transform over the years when a few people experimented with adding colourful pigments to try and brighten up the appearance of the floors. In the 1950s imprints were made in the floors to give it more of a decorative appeal. Finally, in the 1990s, entirely by accident, workers dry polished a concrete floor, and suddenly the world discovered the immense beauty of concrete floors that have been ground. In recent years there have been many advancements in polishing techniques, all to create an even stronger, shinier result.

With such a rich history, wouldn’t you trust that your floors can’t get any better finish than grinded, polished concrete? Contact us if you’re in Auckland and speak to our experts about your concrete grinding floor needs. 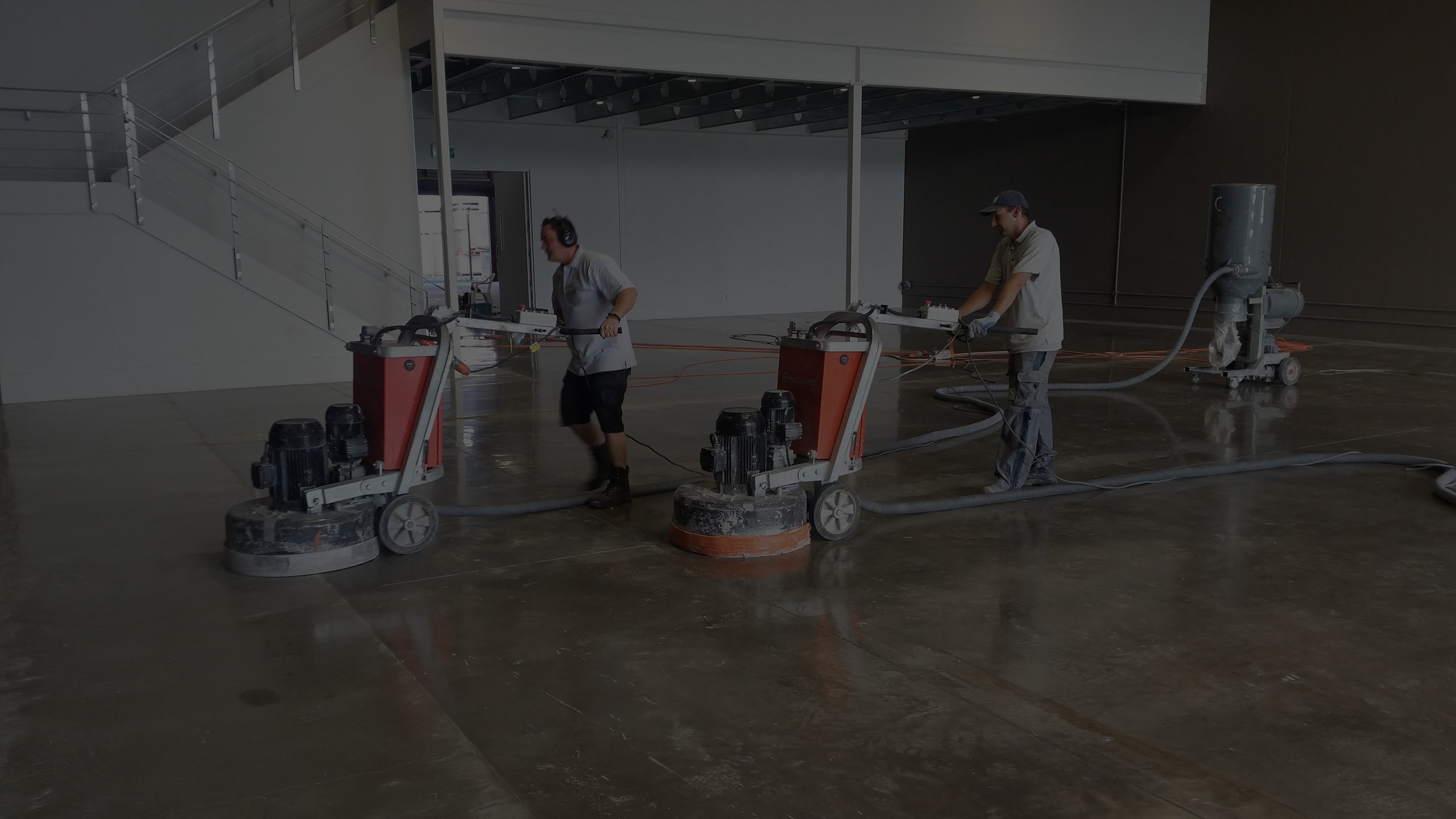 Dear John, it is with pleasure that I write to thank Concrete Grind and Polish Ltd for the fantastic work undertaken at the NZ National Maritime Museum. From the initial meeting to discuss the process to the user friendly manner in which all steps were explained to the completed finish of the floor was always dealt with in a professional and attentive manner. As you can imagine the Museum needs to have a professional finish to all their works undertaken within the Maritime Museum space as we are the NZ National Maritime Museum and the only attraction on the waterfront in the Auckland CBD. I would have no hesitation in undertaking the services of your company should we have further work of a similar nature in the future development of the Maritime Museum.